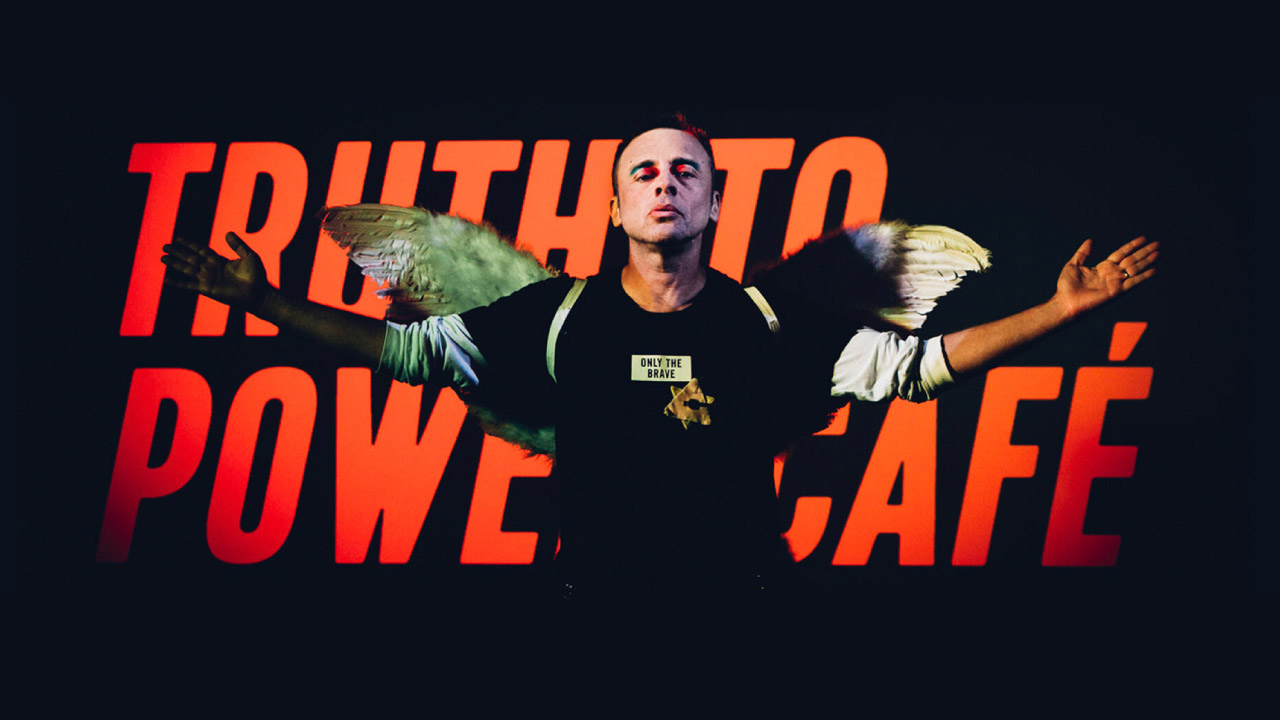 Truth To Power Café – Question Everything

It was a pleasure and an honour to be a part of the Truth To Power Café at Norwich Arts Centre on January 24th 2020, sharing the stage with some awesome human beings, each with their own stories around the question:

“Who has power over you and what do you want to say to them?”

Recently, I came across another one of these posts on Facebook:

“If you could give your younger self some advice, what two words would you say to them?”

There were lots of great answers.
Like “keep going”.
Or “you’re awesome!”.
Or, for the odd rebel breaking the two-word rule,
“You’ve got this!!”

But as great as the intention behind those is, none of those never really hit the spot – for me.

And then, I realised I had the answer.
The ultimate answer.
Words I use all the time; in my head, mostly.

Not just the “far out” stuff, like… What’s the meaning of life, or the answer to the universe? (Which we all know is 42.)

Once I started questioning everything, I knew I had opened quite the can of worms.

Questioning everything makes me angry.
It makes me sad.
Sometimes it makes me despair.
And it can make me fucking furious.

It also made me realise
that life is incredible.
That time is precious.
That security is a myth.
That gender is a construct.
That society is absurd.

Which reminds me of another meme:

So, who (or rather, what) has power over me?

So, hello, Conditioning.
I know you’re a fact of life.
I know that denying you is pointless.
I know that resistance is futile…

I turn around and look Conditioning straight in the eyes
and I say,

“Hey there. You’re standing on my cape.”

As I become aware of that, the heavy weight starts to lift
and I know I’m ready to make more use of my superpowers.

Now, as well as asking,

“Am I doing this by default, or by choice?”

Because I do get to choose.

So, who has power over me? The answer is:

What do I want to say to them?

Become a patron on Patreon
or